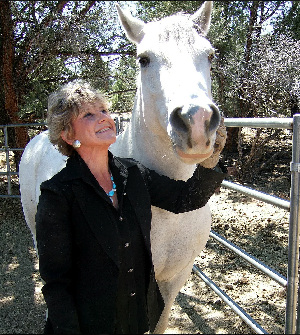 Lacy J. Dalton will perform from 5:00 to 7:00 p.m. at Silver Saddle Ranch for A Day at Silver Saddle Ranch, which runs from 2:00 to 7:00 p.m.  She will be joined on the stage by Dale Poune on guitar, Bruce Thomsen on bass, and Michelle Zito on drums.  The event is free.  Come early.  Seating space is limited.  Audience members should bring lawn chairs.

Lacy J. Dalton (born Jill Lynne Byrem on October 13, 1946 in Bloomsburg, Pennsylvania), is an American country singer and songwriter with a career that has spanned many decades and touched the hearts of millions of music fans. In March 2017 Lacy J. Dalton was inducted into the North American Country Music Association International Hall of Fame, and in 2018 she was nominated for a Lifetime Achievement Award.

She’s one of the most instantly recognizable voices in music – the woman People Magazine called “Country’s Bonnie Raitt.” From the first time Lacy J. Dalton caught the public’s ear, that soulful delivery, full of texture and grit, has been a mainstay of Country Music. When you sit to listen to a Lacy J. Dalton album, you find yourself pulled in by the very power and heart of this vocalist, because she’s not merely performing a ten-song set, she’s bringing each and every tune to life. It’s as if they were all written especially for her.

Prior to signing with Harbor Records in 1978 as Jill Croston, she like many before her, held many jobs to survive and support her family. As a truck stop waitress and singer, she would wait tables and then jump on stage to sing a few songs. Her hard work and dedication paid off in 1979 when she was awarded the Academy of Country Music’s Top New Female Vocalist of the Year. In June 1979, Lacy J. Dalton was signed by Columbia Records and quickly rose to national prominence with “Crazy Blue Eyes,” which she wrote with her longest friend, Mary McFadden, and which raced to #7 on the Billboard Country Charts.

Lacy’s success was powered not just by the artist’s recordings, but by a stage show that truly electrified audiences. She quickly became one of the few women who could successfully open a show for the likes of Hank Williams, Jr., Willie Nelson, Merle Haggard or Charlie Daniels. Not only could she do it, but she left audiences across the country hollering for more. Her signature song “16th Avenue,” became the Anthem for Nashville songwriters and was voted one of Country’s Top 100 Songs ever by Billboard Magazine. Her other hit records are legendary million-airplay cuts and include “Crazy Blue Eyes,” “Takin’ It Easy,” “Everybody Makes Mistakes,” “Hillbilly Girl with the Blues,” “Hard Times,” and the worldwide hit “Black Coffee.”

In addition to her musical career, Lacy has been involved in various service projects through several charitable organizations – namely, the Let ‘em Run Foundation, William James Associates Arts in Corrections, and Rotary International. In 1999, Lacy co-founded the Let ‘em Run Foundation which received its 501(c)3 designation from the IRS in 2004. The Let ’em Run Foundation is dedicated to rescuing, rehabilitating and re-homing America’s wild horses and burros that have no voice. From 2015 through November 2018, Lacy and her partner, Dale Poune, worked with the William James Arts in Corrections program at High Desert State Prison in Susanville, California. Their work there has been focused on teaching basic song writing skills and techniques, music theory and guitar playing to level 4 inmates. Lacy has written two songs for Rotary, which she then recorded on a CD to be used as a fundraising opportunity for the Reno club.

You can read her full biography and hear sample recordings at her website, https://www.lacyjdalton.org.

We do not provide seating for events at McFadden Plaza, Laxalt Plaza (south of the Carson Nugget), the Capital Amphitheater/Legislative Plaza area, or the Silver Saddle Ranch, so we encourage you to bring your own seating (e.g., lawn chair) to events at these locations.

The Day at Silver Saddle Ranch is Sunday, Aug. 15, 2021,  2:00 to 7:00 p.m.  Enjoy great performances, Hee Haw Havens Mule Ride, history of the Silver Saddle Ranch, and Scoups ice cream. Visitors are asked to bring their own chairs.  Audience size may be limited, so come early.

Entertainment is as follows: 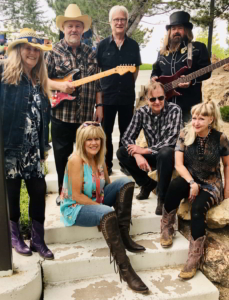 We do not provide seating for events at McFadden Plaza, Laxalt Plaza (south of the Carson Nugget), the Capital Amphitheater/Legislative Plaza area, or the Silver Saddle Ranch, so we encourage you to bring your own seating (e.g., lawn chair) to events at these locations.