You are here: Home1 / Julie Machado

The Festival plans to start live streaming music events on Sunday, August 30, and on subsequent dates in September. Bands will perform with a very limited audience at A to Zen, and will be live streamed over the Internet and recorded for later access via the festival website. These will mostly feature musicians who were previously scheduled to perform live in mid-August. 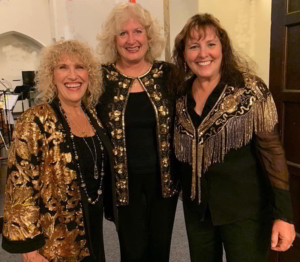 The first band is The Jazzettes.  The band is Erika Paul on keyboard, Cami Thompson on percussion, and Julie Machado on bass, and they all sing.  See their Facebook page at https://www.facebook.com/TheJazzettes.

The live-streamed event was originally scheduled for August 29.  The event is free.  Link to live-streaming of this event from Facebook at facebook.com/jazzcarsoncity.