The Levitt AMP Series presents Bad Mother Nature at 7:00 p.m., opening for featured group Los Coast at around 8:00 p.m.  This is presented by the Brewery Arts Center in cooperation with the Levitt AMP Foundation. 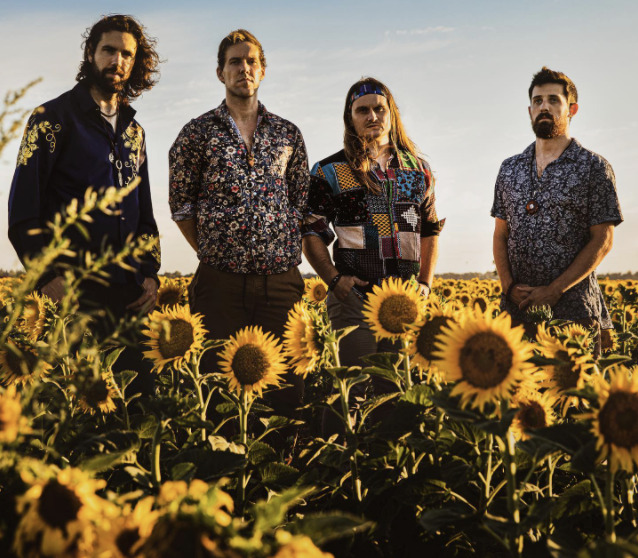 Bad Mother Nature is a four-piece Sacramento rock band that has always been fond of exploring the unturned stones of rock music. With a pianist, two lead singers, two lead guitarists and a thunderous drummer, they bring a unique sound to the table – refining a balance between driving guitar riffs and nuanced, progressive piano.

Corey Allred and Axel Ahrens switch off on bass and guitar, giving a unique sound to each song. Younger brother Ryan Allred holds down the piano and shares lead vocals with Axel. Meanwhile Jon McCann serves as a human metronome on the kits.

Since their inception in 2016, they’ve been steadily grinding away at California’s clubs and dive bars. They’ve toured the entire US west coast, including stops at The Viper Room in Hollywood, House of Blues Anaheim, and Ace of Spades in Sacramento. They’ve been likened to Deep Purple, Pink Floyd, The Black Keys, and Fleetwood Mac, all while harnessing a modern sound.

That same mix of energy and expertise is reflected on Samsara, which features such memorable, no-nonsense tunes as “Simplify,” “Monsters,” “Graves” and the frantic, tongue-twisting “(Everything But) The Kitchen Sink.”  The album delivers infectious hooks, ironic lyrical twists and explosive funk grooves in equal measure, providing an irresistible frame for Privott’s soulful vocals and the band’s explosive grooves.

“We love pop music, but we also love to experiment,” says Courtney. “We try to avoid letting the listener know what’s coming, and we like playing with people’s expectations and catching the listener off guard. It becomes stale if it’s too familiar, so we like to come up with music that’s familiar and surprising at the same time.”