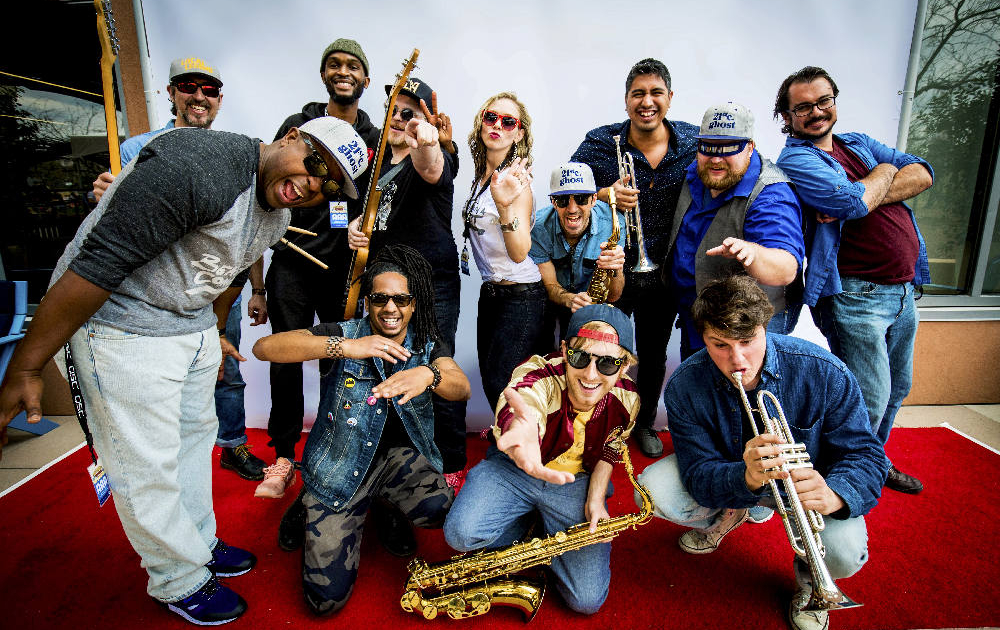 NOTE (8/25): This concert, which was originally scheduled for the McFadden Plaza, was later moved to the Change Companies Stage.  However, it has been moved to the Brewery Arts Center Performance Hall due to smoky condition.

The Urban Renewal Project is making a return trip to Carson City.  They will perform in the Brewery Arts Center Performance Hall on Wednesday, Aug. 25, 2021, starting at 7:00 p.m.  There is no need to bring a lawn chair to enjoy the concert.

The Urban Renewal Project is a dynamic young big band out of Los Angeles, playing an original mix of jazz, soul and hip-hop. Since 2010, the 15-piece ensemble has teamed up with singers and rappers to blend the hip-shaking grooves and deep pocket of today’s music with face-melting horn lines and fiery improvisation from big band jazz. In the past few years, their signature sound has blown away audiences from New York’s Rockwood Music Hall to the San Jose Jazz Summerfest and beyond.

Born from a high school talent show act assembled by saxophonist and bandleader R.W. Enoch, The Urban Renewal Project began in earnest when Enoch met rapper Elmer Demond in Los Angeles several years later. After experimenting with different musical approaches and configurations which can be heard on earlier releases Local Legend (2014) and Go Big or Go Home (2012), the two settled on their current set-up: a big band performing a mix of soul, hip hop, jazz and pop music with guest vocalists from each genre – every song incorporating the polish and drive of contemporary pop records with the vibrant energy of live ensemble performance.

The Jazz & Beyond Festival would like to thank The Federal Hotel, June Joplin, Steve & Cyndy Brenneman (Bliss Mansion), and Darla Bayer for housing assistance for our guest artists.

Due to construction on Curry Street through the end of the festival, this and other events have been moved from the McFadden Stage to the Change Companies Stage (outdoor stage) at the Brewery Arts Center, 511 W. King St. Some seating is available, but we encourage you to bring your own seating (e.g., lawn chair) to this event.  (Later moved to BAC Performance Hall.)