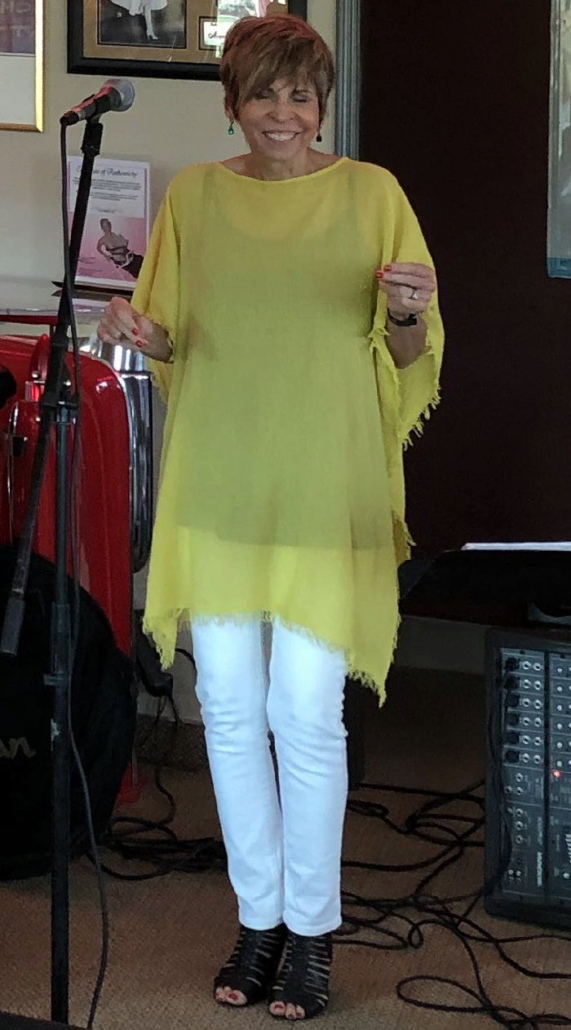 Jackie Landrum had her own 9-piece band at age 14 and has sung professionally ever since.  Her sublime performance ability and rich, sultry vocal tone thrill audiences everywhere.  Her CDs, released to rave reviews, are “Inside Out” and “Jackie Landrum: Jazz to Blues.”  The other band members are David Grantham, guitar; Ron Savage, keyboard, and Tony Savage, drums.

After you hear her band, go around the corner to McFadden Plaza and hear some more great music by The Bayberry Cast, performing at 7:30 p.m.